Career growth from the meter up 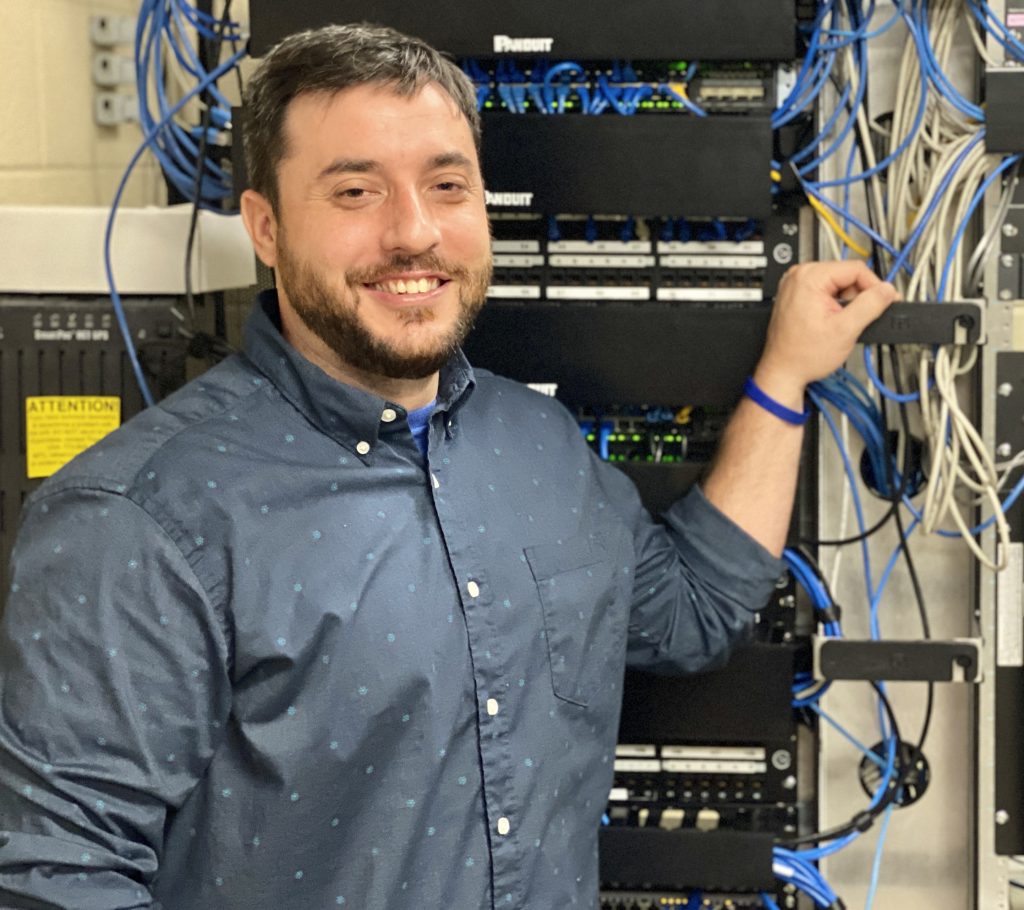 The phrase “mother knows best” certainly rings true for Brandon Sutter, IT systems operations manager at Kankakee Valley REMC. After all, she’s the one who, 15 years ago, advised her teenaged son to take a job offered at the Wanatah-based electric cooperative.

His entry level start has since blossomed into him overseeing a growing and ever-evolving department of three.

After graduating from high school in 2004, Sutter was planning to study IT at Ivy Tech. But when his local REMC offered him a full-time meter reading position, his mother, Sheila, persuaded him to go for it. His mom knew people there. She had heard what a good employer it was with good insurance, good opportunities.

The job itself, a meter reader, was a job that even then was becoming a dinosaur. It required little advanced education — just good eyes and stamina — as the meter readers would spend their working hours physically visiting each of the REMC’s 15,000 electric meter once a month to take the reading of kilowatt-hours used for billing purposes.

“For a young kid, it was a pretty good gig — out every day, a lot of walking,” Sutter said.

But soon, new automated meters that fed the consumer data electronically back to the REMC replaced the old analog ones. Sutter and the other meter readers were brought into the meter technician department and trained for other jobs.

Sutter was mentored by older technicians and introduced to all the new technology. “I just really ate it up and really wanted to learn everything I could in that department.”

In 2014, nine years into his career at the cooperative, Sutter recognized, pursued and was given the opportunity for another advancement as the cooperative’s IT needs increased and required a full-time, in-house specialist. By 2018, he was managing the IT department which grew to himself and two other individuals.

Despite never pursuing his college degree in IT, he now, at age 35, is heading an IT department. Sutter said he knows he’s in a rare place where he’s grown professionally with a single employer. “I was always more interested in learning the technical aspects of where I was at and being really good at it. The more valuable you make yourself, the more you just leave it up to your employer to see these things in you and take care of you,” he said.

And that’s what he’s found at the cooperative: an employer that recognizes and rewards valued employees. “I’ve never had a reason to venture elsewhere,” he said. “I’m just grateful for the people I’ve had in my life to steer me in the right direction. I’ll be forever grateful that my mother told me to take the job.”