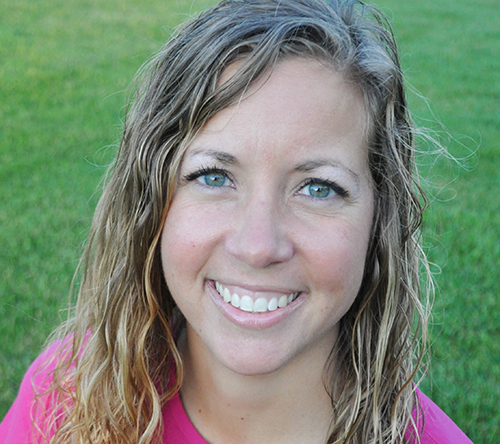 When Brittany Sams was hired as an accountant at LaGrange County REMC, her college degrees and experience prepared her for accounting and business, of course. But no education or previous experience prepared her for the not-for-profit business model and the many accounting differences that come with a consumer-owned utility. The plan was for her to be transitioned in and mentored by the REMC’s retiring finance manager.

However, the finance manager’s retirement came the week before Sams started.

That’s when Sams fortunately experienced another cooperative concept for which she was unprepared: the cooperative principle of “cooperation among cooperatives.” The steep and bumpy learning curve she faced alone was smoothed by accountants from other Indiana REMCs, near and far, who offered her advice and mentored her.

“It was very unusual,” she recalled. “I couldn’t believe another company was willing to help. People were so helpful and open: ‘This is how we do it.’; ‘This is who we use.’ It’s just something you don’t see every day. Most keep that kind of information a secrect; you don’t share it with other companies.”

“It was eye-opening. It’s an amazing culture. Cooperatives all over the state are willing to help each other. You don’t even realize this network exists until you’re a part of it.”

Sams quickly moved from staff accountant into a more strategic role as manager of finance and administration and also handled human resources. Today, just over eight years down the road from when she started at the REMC, she is the REMC’s manager of marketing and strategy.

The new role, which she’s been in for just over a year, includes working with the long-term strategic development with both the original electrical portion of the cooperative and its new broadband division.

From her own experiences when she was the new kid on the cooperative block, she now works closely, too, with succession planning within the REMC. And, she strives to help other employees develop their leadership skills and grow from within the local REMC and through that broad statewide network that came to her aid.