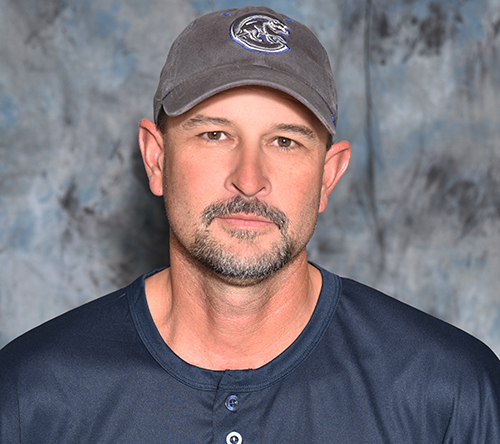 “It’s been nice to be able to start at the bottom and have the opportunity to work my way up,” Hinesley said.

Hinesley, now 46, is the line superintendent at Henry County REMC. He oversees 15 employees, planning the day-to-day work schedules including construction of new line, maintenance and upgrades. He started with the cooperative’s tree-trimming crew in 1996, not long after high school. That’s also when he started climbing on every rung of the “cooperative ladder.”

When the cooperative had an opening for an apprentice lineman, often the next step for young groundmen, he applied and began the upward climb through the stages of apprenticeship until graduating to journeyman lineman. But he still wasn’t done. In 2017, he was recognized for his leadership skills and promoted to a line foreman, which added the responsibility of overseeing the crew members with whom he worked side-by-side.

When the line superintendent at the cooperative retired, Hinesley took one more step, applying for and being promoted to that position.

Hinesley said he’s never had a long-range plan for his career, but when opportunities came along, he wasn’t afraid to take the next step up. Each previous position helped prepare him for the next, he said. And, after becoming a lineman, his career has been one continuous “on-the-job, hands-on training.”

Though most workers change jobs and employers a dozen times throughout their career, at Indiana’s electric cooperatives, employees find not just new opportunities but are encouraged to move up — without ever having to move out.

Moved through the four years of on-the-job and classroom training.