Cooperatives are a special, special place 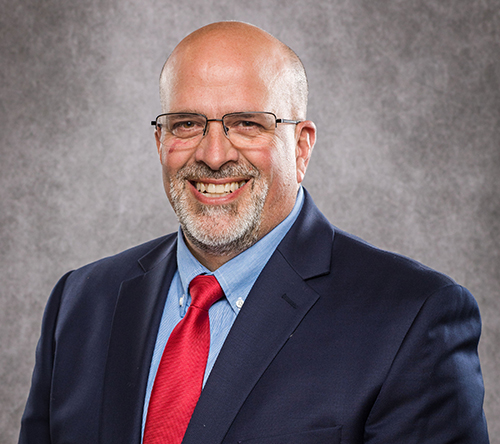 Chris Chastain’s first experience with an electric cooperative was as a “fuzzy” — a nickname the linemen and outdoor crews gave to college kids hired as summer interns. “I suppose that probably derived from the peach fuzz still on our faces,” Chastain says.

“Cooperatives are a special, special place,” he said. “Sometimes, people take their jobs or their careers for granted. But once you can get inside a cooperative, you sense the well-defined purpose. That’s to serve our membership and to serve each other.”

After graduating with his engineering degree in 1997, Chastain found no immediate job openings at any of the state’s cooperatives. So, he considered two offers: one with an Indianapolis engineering consulting firm; the other with the electric utility serving Chicago. “As I looked at those two jobs, one of the biggest decision points was trying to get back into the cooperatives.” He chose the smaller Indianapolis consulting firm over the Chicago utility. “I never really knew if that would get me back home, but I thought it would keep me closer to the cooperative world, which I really enjoyed.”

After a year at the consulting firm, he moved to the engineering staff of a municipal electric utility in central Indiana. A municipal utility is owned by the city it serves. “I quickly learned the municipal was not the same as a cooperative,” Chastain noted. “When Harrison REMC started looking for a system engineer, it was a no-brainer to look down there and get back into the REMC world.”

Chastain spent seven years at the southern Indiana cooperative. When a new position, vice president of engineering, was created at his hometown RushShelby Energy, he applied. He and his wife wanted to move home to be closer to their children’s grandparents. “Knowing everyone here helped me a little bit,” he admits.

What’s more, Chastain says several current cooperative employees all began as he did — as college fuzzies. “It’s neat to look at our organization and see how many people started that way. That’s where we all got our start within the organization and it says a lot about the cooperative.”