Climbing his way to the top 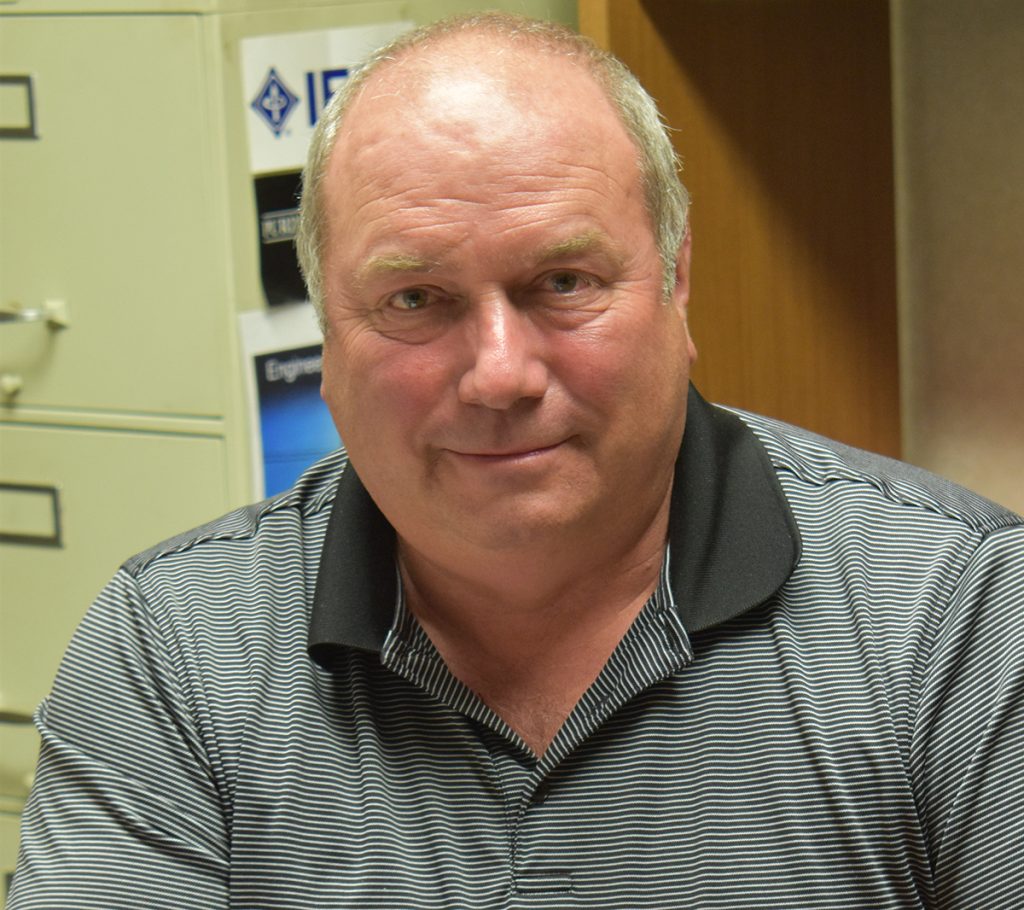 Dave Barton literally started at the bottom and climbed his way up to a long, successful career at Clark County REMC. At age 60, he looks back from about as high a perch as he could go. From that vantage point, he realizes there is no top or bottom when it comes to the Sellersburg-based REMC’s success. “What I feel most proud of is being part of building a great team,” he said. “Clark County REMC succeeds or fails as a group. Everybody’s job is important.”

Barton started as groundman on the tree crew. “Back then, we had a crew that was trimming trees and taking trees down, and there was a foreman, a tree trimmer, and then I was the groundman. So, I was dragging brush, chipping brush,” he recalled.

When he hired on at the REMC, the potential of becoming a journeyman/lineman was discussed, as well as Barton’s high school interest and training in electronics. Barton’s dad had been a telephone lineman, so that had appeal. “I remember seeing him as a phone company guy; he had climbing hooks and a belt. I watched him climb a pole when I was young.” He could remember thinking, “I want to do that someday.”

In the fall of 1985, Barton started the four-year lineman apprenticeship training and graduated in 1989. He also was still interested in technology and electronics. He took advantage of additional academic and training opportunities and followed the advice of a supervisor by eventually earning an associate degree in electrical engineering technology.

Now, as manager of operations and engineering, he oversees 27 individuals performing all the activities from line construction and engineering to his old stomping ground — the right-of-way. On three occasions, he has stepped in to serve as general manager during the GM’s extended leaves.

“I appreciate how much our leadership believed in me and gave me new opportunities along the way.”

Barton said from day one at the REMC, almost 40 years ago, the environment has been special. “It’s just been a family atmosphere the whole time. Even though there’s been ups and downs along the way, you always had each other’s back, and you always felt as if you mattered. There’s just something really special about being a part of cooperative where we’re doing things for the our members, trying to find a way of doing the right thing for them — whether it’s in engineering design or the lineman getting up in the middle of the night to repair a power outage,” Barton noted.

“We have succeeded because we figured out a way to get everybody to work to their best potential rather than any one supervisor coming up with some plan. The plan,” he emphasized, “is within the people.”

Manager of Operations and Engineering