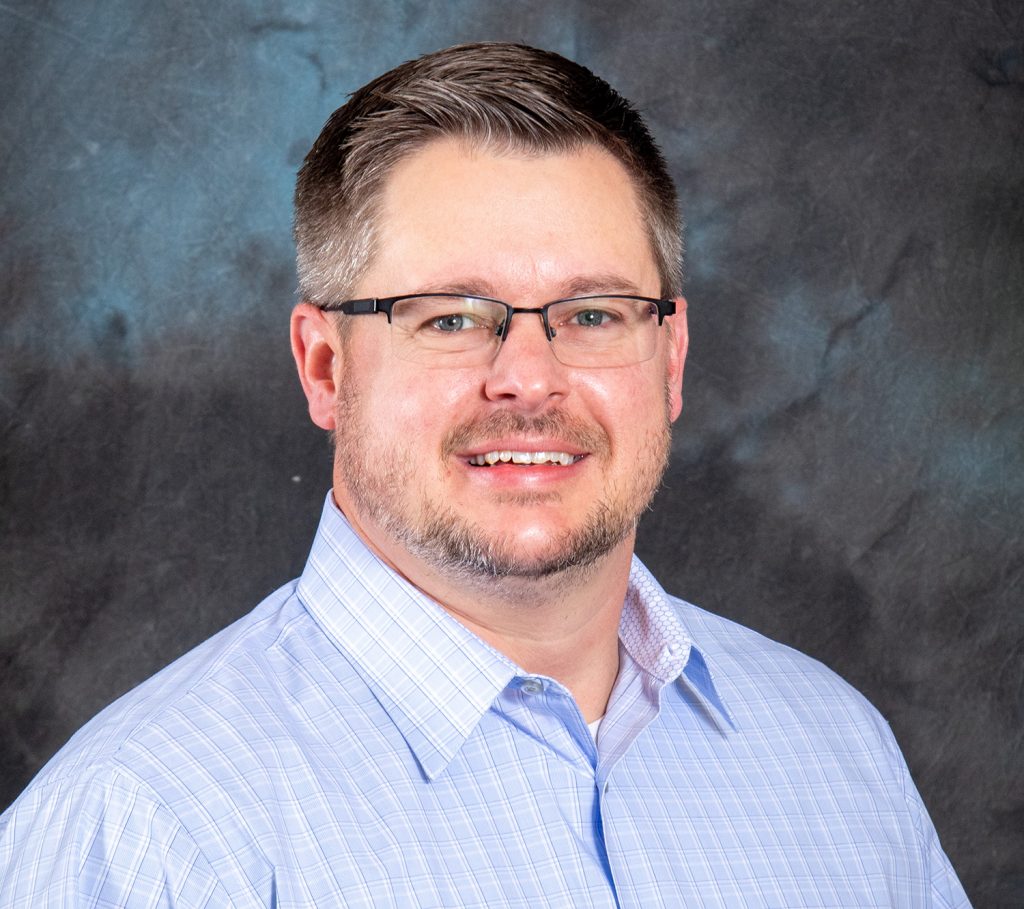 When Nick Stainbrook joined JCREMC in 2001, he came in as a 19-year-old local kid waiting his turn to become a lineman. But he had to wait in line for an apprentice position to become available. So, for the first year and a half, his position meant taking care of the JCREMC building, cleaning, mowing grass, pulling weeds.

Twenty years later, Stainbrook is now heading up the engineering and operations for JCFiber, the electric cooperative’s young fiber subsidiary. He supervises six engineers and techs as the Franklin-based cooperative joins others across the state on the “splicing” edge of bringing high-speed internet to rural Hoosiers.

“I love the challenge,” said Stainbrook, now 40. “When I first took it on, it was definitely mind boggling how fiber optics work and how you handle them vs. the electric. It’s definitely a different animal than what I was used to.”

Stainbrook worked nine years for JCREMC as a journeyman lineman after graduating from the four-year lineman apprenticeship program. Then, in 2015, he accepted a staking engineer position which began his introduction to fiber. The cooperative had installed fiber to tie its substations together as the electric utility industry became increasingly driven by information and reliant on real-time analytics. The employee who handled the fiber for the cooperative announced his plan to retire, which allowed him to mentor his successor. Stainbrook stepped up into his shadow.

“At that point, we had no real idea of what it was going to turn into,” he said. “We were connecting equipment and connecting substations, but we weren’t really selling it a whole lot to customers. I just raised my hand and said ‘I’ll do it,’ and didn’t really realize what I was getting into.”

By 2018, JCREMC’s new CEO saw a need for high-speed fiber internet for residential and commercial consumers in the electric cooperative’s service area. Pilot programs were put in place and marketed, and Stainbrook was named director of fiber operations for the cooperative’s new JCFiber subsidiary. JCFiber now serves over 700 residential and 120 commercial customers. A multi-phase plan announced at the end of 2020 should bring service to an additional 5,000 JCREMC members over the next four years.

Looking back, Stainbrook shakes his head while pondering the unbelievable changes within JCREMC and within himself in 20 years. Now, with a bachelor’s degree under his belt he’s managing a new side of the business that is helping bring a better experience to his community.

“To land where I’ve landed — in such a good job with a cooperative — and then having the versatility to go into the fiber industry and, pretty much, lead the charge … most people don’t get those kind of opportunities. It’s been a blessing,” he said. “When I first started here at 19, I barely understood what the cooperative did. It was one of those things where you put in for a job and got it. And it turned into a career.”