Getting the big picture 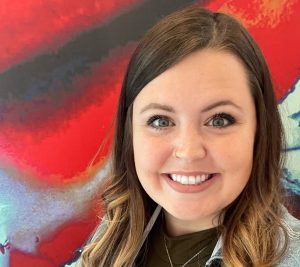 In four short years, Stefanie Lifford, team leader of system operations at South Central Indiana REMC, has gone from taking calls from individual consumers to now working on the electric distribution side monitoring power flow, troubleshooting outages, and helping keep the lights on for large numbers of consumers at a time.

“That was really the big picture for me,” she says. “As a customer contact representative, I would take calls from customers saying they have an outage and submit the ticket for service. I didn’t really know what happened after that.”

After moving to the dispatch side of the business, she began assigning to crews and servicemen those outage tickets she used to create. “It was nice seeing it go full circle.” She added, “What happens with that information, how it’s processed, and how we get that result for the consumers.”

Lifford, 30, began her career at a large investor-owned utility that serves a large portion of Indiana. There, too, she started in the call center before moving into the department that investigated meter tampering and electricity theft.

At that utility, she said she felt more like a number, not a person. Meanwhile, in the six years she was there, she kept hearing coworkers talk about South Central Indiana REMC. “Everyone said it’s just a great place to work.” So, she applied and was hired at the REMC in June 2019.

“The work-life balance is here at the REMC, and the flexibility is here,” she said. “We just have a really good work dynamic. Everyone is willing to help each other out. It’s just very family-oriented here. If I hadn’t come to a cooperative, I don’t know that I still would be in this industry,” she said.

Soon after coming to the South Central, Stefanie said a coworker in operations pushed her to move to a dispatch position. Within a year, Stefanie made that move and that employee became her mentor. Stefanie said she developed a passion for electricity and a love of learning as much as she could. The co-op enrolled her in the Northwest Linemen College where she is working to achieve system operator I certification. When that mentor left to pursue new opportunities at a cooperative in Colorado, Stefanie was able to move up another notch.

The dispatcher and system operator, she explained, do the same thing. But the operator has more independence and is in charge. During an outage, for instance, an operator works with engineering to make decisions involving the remote switching that allows the co-op to reroute electricity from other substations to get around a problem area. This helps get affected consumers back in power more quickly. “I honestly love it,” Stefanie said. “The switching part is kind of like a puzzle.”

She has now applied to Indiana Tech to earn an electrical engineering technology degree. “I would love to eventually move into management — but stay in the operation side, the electrical distribution side of everything.”